"Thank You Mad Men for Reviving This Drink!" 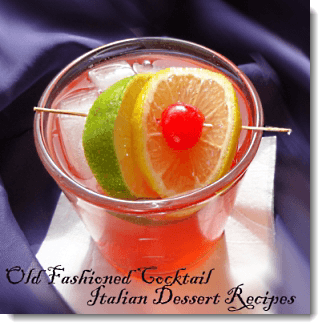 The old fashioned cocktail has made a REappearance thanks to the TV show - Mad Men. It's part of my Italian Drinks collection, not necessarily because it's Italian per se, but because my papa used to drink them. And he was Italian. So that's kinda how I justified adding it to my site.

I can always remember sugar cubes and the bottle of angostura bitters sitting in his bar cabinet. I have such a sweet memory when I think of this drink. So this page is for you papa.

Well my sister decided WE were going to revive this drink and break it out on Christmas. I'd actually asked her to bring wine.

But she flew in my front door (with her liquor closet emptied into a bag ) and said, "We're gonna have an old fashioned cocktail before dinner." (Really? I thought we asked them to bring wine. But she had so much enthusiasm I just couldn't get mad.) And yes, I could tell, they had already had a couple before they arrived. She opened her bag, which had become the traveling liquor bar and went to work. Well I gotta say what a pleasant surprise. Not only because they remind me of my papa, but they are just darn good. And my sister's husband did have those back up bottles of wine in case we all didn't fall in love with these. I did. So now I keep all the ingredients on hand so I can make 'em when I feel like it.

I really wouldn't skip anything here. You might be tempted to leave out the angostura bitters - but don't. I have a couple other drinks that call for it. And you just need it here. There's a couple of other ideas that you could do a couple of substitutions. And those are in the section below. Just don't leave anything out.

Thanks for stopping by -

* 1 maraschino cherry with a little juice

* In the bottom of the glass muddle - sugar, angostura bitters, lemon, lime, cherry, and grenadine.

* Top of the glass with equal amounts of club soda and ginger ale.

* Total prep time is like nothing (almost) just follow the procedure - and you should have a drink in had no longer than 10 minutes from cupboard to glass.

Can I skip the Ginger Ale or the Club Soda?

I've actually had to do that before, because I wasn't stocked up like a good hostess should have been - and I was disappointed. You need the Ginger Ale to compliment the Angostura Bitters. Plus it gives a teeny hint of sweetness. And if you go all Ginger Ale then it's too much. You need the club soda to cut the "ginger". All to say - not a good idea to use one or the other. Just get 'em both.

No one has sugar cubes!

Well actually they do. They didn't die off in the 60s. And people who drink tea have them. So somebody somewhere is selling them. Now, if you don't want to deal with a sugar cube - swap out a rounded TEASPOON of sugar for the cube.

Yeah. Really. It's not like eggs - it's not gonna go bad next week. The bitters in my grandparents liquor cabinet was there for years - and no one died drinking it. And I'm not saying it can last till you go into the nursing home. Because I don't know. All I'm saying is - I've had my bottle for years. It's also called for in The Manhattan Drink Recipe - which just happened to be my grandma's FAVORITE drink ever.

No grenadine in the house?

I'm just one of those weirdos who always has grenadine. I love it. BUT, if you don't - don't get all flustered. You can use a bit of the maraschino cherry juice. I'd use 2 teaspoons to make up for the lack of grenadine.

Back to the top of the Old Fashioned Cocktail Recipe 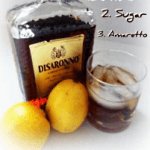 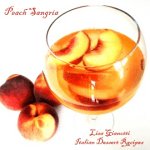 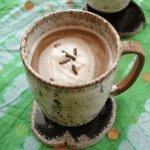 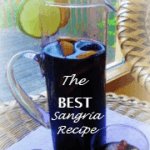 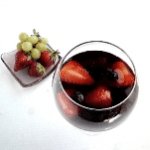 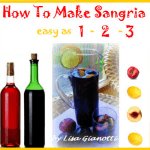 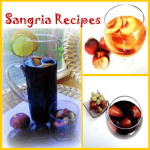 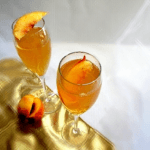 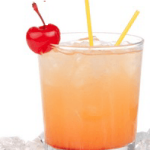 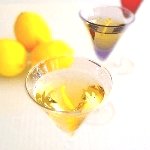 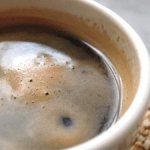 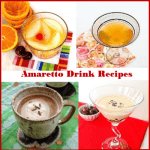 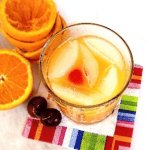 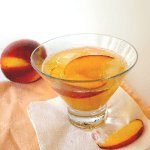 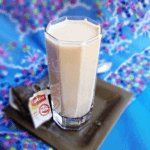 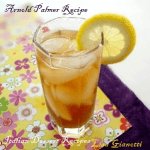 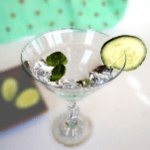 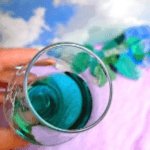 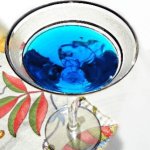 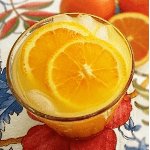 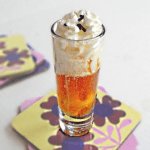 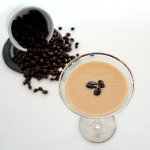 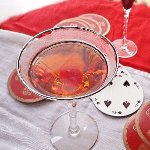 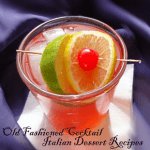 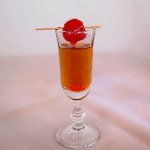 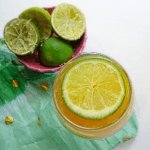 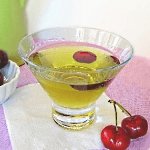 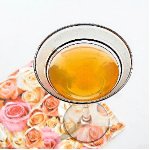 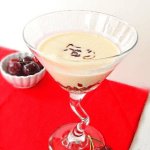