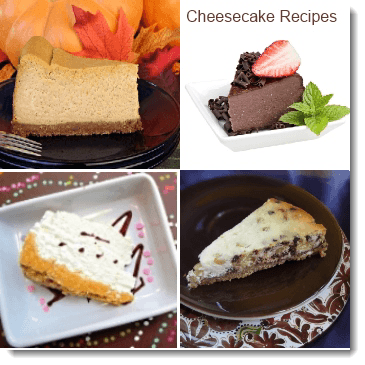 This baked cheesecake recipe list is a subset of my Italian cakes collection. "Baked" and "no-bake" are two entirely different desserts.

(If you just want to skip down to the list of cheesecake recipes - then click on any of the photos below in the cake photo gallery) A baked cheesecake recipe is the more traditional cheesecake. It's denser. And far more rich than the "non" baked. Since I tend to focus first on the more traditional Italian dessert recipes - I bake those first. Then, when I get a nice set of the "classic" desserts - I may move to more experimenting or playing. Which in this case would be the no bake cheesecake. (And I do have one of those on my site - the Amaretto Mouse Cheesecake .)

As a kid I don't remember ever getting enough cheesecake. If I was lucky I had it once every year to two years. Our family didn't bake it near as much as I wanted. Now that I'm a "big kid" and can bake one any time I want - I can't devour them like I used to when I was in my early twenties.

This recipe list - is a list of cheesecakes I have baked myself. Some have been in my family for years. And others, I decided to give a try when I was having company over or my kids requested it for their birthday.

I'm not about making more work. But in order for some things to stay classic - that's why they stay "classic" because Wal Mart or Target can't replicate them in a hurry. Not saying they don't make a poor rendition of a cheesecake and then freeze it - because they do. But I am saying a baked cheesecake is traditional. It's authentic. That's not to say my amaretto mouse cheesecake is horrid - because it's a no-bake. Because it's not. It has a great texture and flavor - but it's not the "traditional" thing.

One thing to note. Baking a cheesecake isn't quick. And having it cool off isn't quick either. If you need quick choose the one and only cheesecake I have that requires no baking. Most of these baked cheesecake recipes will take about 1 hour to bake, and then cool off time.

Enjoy baking. And check out my homepage of Italian Dessert Recipes while you are here.

Thanks for stopping by -

Back to the top of the baked cheesecake recipepage 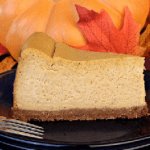 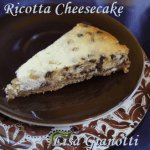 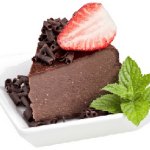 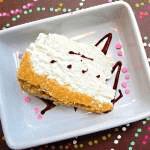 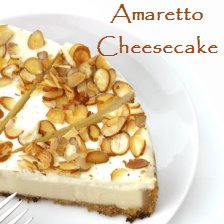 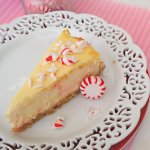